We believe that charity begins at home and we have many underprivileged people around us who need upliftment.

Our development and sustainability, as the Libstar Family, depends largely on that of the communities and environments in which we operate. For this reason, many of the business units invest time and resources into doing good work to uplift disadvantaged communities and lessen the impact they have on the environment.

Below are some of the ways the Libstar Family is enriching the daily lives of those who need it most.

It begins at home

Investment in education will give the greatest benefit for previously disadvantaged people in the future.

“We believe that charity begins at home and we have many underprivileged people around us who need upliftment” says Paul Jibson, MD of Cape Herb & Spice 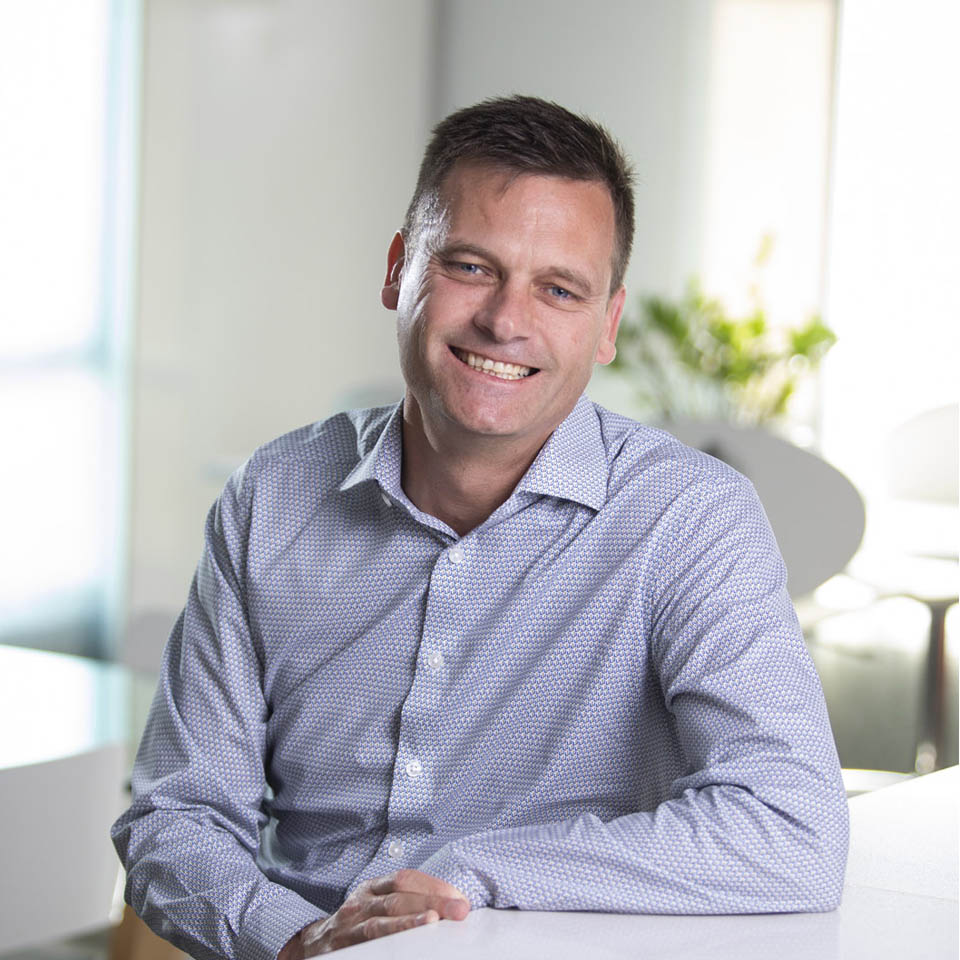 Over the past 24 years, Cape Herb & Spice has created more than 650 jobs, mostly for women who are often the breadwinners in their families. In addition to this, Cape Herb & Spice provides family planning and primary healthcare on site for all staff as well as producing goods for the Fair Trade brand, which in turn pays for the schooling of employees’ children. The business also runs various fundraisers and donates products to various charities throughout the year.

Similarly, Cecil Vinegar Works offers bursaries to staff and their children. “We feel that investment in education will give the greatest benefit for previously disadvantaged people in the future,” says MD Nigel Pepperell.

Over the past two years Dickon Hall Foods has assisted two organisations with food contributions. In 2018, it donated 1 536 cases of noodles to the Duzendlela School. The majority of the learners at the school, ages 6 to 18, are orphans. 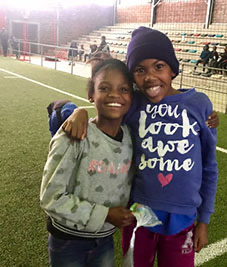 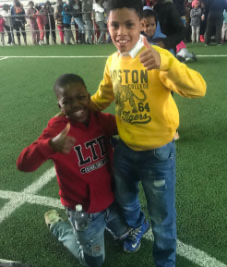 Ambassador Foods supports community-based NPO Children in Distress by contributing to its feeding scheme. The NPO aims to empower orphans and vulnerable children in White River, Mpumalanga to become socio-economic contributors to the community. Ambassador Foods provides much-needed nutritional supplementation for the children in the form of nuts, seed bars and dried fruit. The granola and muesli cereals are an added benefit to start their days with a full tummy and provide necessary energy to concentrate on their school work.

Over the past two years Dickon Hall Foods has assisted two organisations with food contributions. In 2018, it donated 1 536 cases of noodles to the Duzendlela School. The majority of the learners at the school, ages 6 to 18, are orphans. This year, Dickon Hall Foods provided eight pallets of noodles to Amcare, a leading faith-based centre that empowers communities.

Millennium Foods donates prepared food to two registered NPOs. Adopt a Mission Outreach assists a day care with 28 children and other institutions in Khayelitsha, Delft and Brooklyn; while Praise Christian Centre International shares food with families in the Table View area as well as Peace Home in Table View, a safe house for children who were victims of abuse.

Chamonix recently participated in an event hosted at a local community hall, handing out its donations of soup and goodie bags to kids from the local underprivileged community. Chamonix staff also gave of their time to play games such as pin the tail on the donkey, skittles, potato-and-spoon races, and three-legged races with the kids.

Realising how expensive tertiary education is, Chet Chemicals established a scholarship program in 2017 to benefit its employee’s children. In 2018, it also started a learnership program aimed at developing and upskilling people living with disabilities. There are currently five beneficiaries, two of whom have been placed at Chet Chemicals. The balance of the candidates were placed with other companies.

Donor recruitment centre and registry the Sunflower Fund relies on sponsorships and donations to maintain operations. They fund raise to cover the cost of education and awareness about the need for blood stem cell donors as well as to cover the cost of the HLA tissue-typing test involved in the recruitment of donors. Rialto Foods has sponsored key sunflower fundraising events by donating food products to the cause. Rialto began building a relationship with Paradesi Orphanage and Educare Centre in Joe Slovo Park in 2018 and this has continued into 2019. To support the centre, Rialto donates food products, Christmas gifts and spends time with the children at the centre.

Khoisan Gourmet donated school equipment worth more than R30 000 to the Grootkloof Primary School in Algeria, Clanwilliam, in June. The donation consisted of two laptops, a whiteboard, a laminator, laminating pouches, a TV, eight bookshelves, a projector, three rugby balls and two soccer balls. The school is located in a rural area close to Clanwilliam and currently accommodates 32 learners and two teachers.

As a means to invest in the education and development of the youth in George, Lancewood launched its Window to my Future youth development programme last year. Twenty learner from Parkdene Secondary, Pacaltsdorp High, George High, Thembalethu High and Imizamo Yethu Secondary were selected to take part in the programme, which connected them with mentors to enhance competencies in key academic subjects, life skills, community development and civil responsibility.

In partnership with Unolupo, Multi-Cup Solutions embarked on a learnership programme in 2017 to upskill 163 unemployed youths from the North West province to give them an opportunity to apply for jobs in the retail and wholesale sectors. This year, another agreement was signed with Unolupo and Atvance Academy to upskill a further 68 unemployed learners from designated groups. For the past two years, Multi-Cup stuff have rolled up their sleeves to assist ECD initiative Oliver’s House by working in the garden, entertaining the children and serving lunch to the elderly. Another of Multi-Cup Solutions’ recent CSR initiatives was the sponsorship of libraries, which was done in partnership with Expo Centre.

“Hygiene is very important and is at the centre of our business,” says Nico van der Merwe, CEO of Chet Chemicals. To ensure that community is protected from germs and bacteria, Chet Chemicals started an initiative to provide its household and personal care hygiene products to the several orphanages in and around Kempton Park and Tembisa. 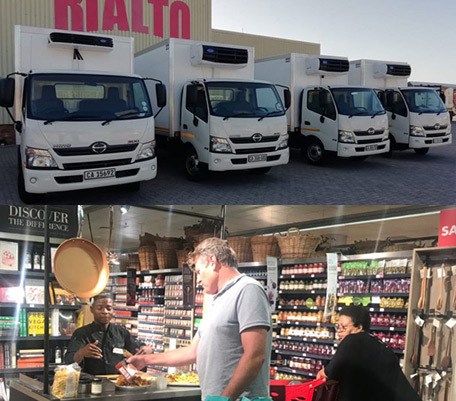 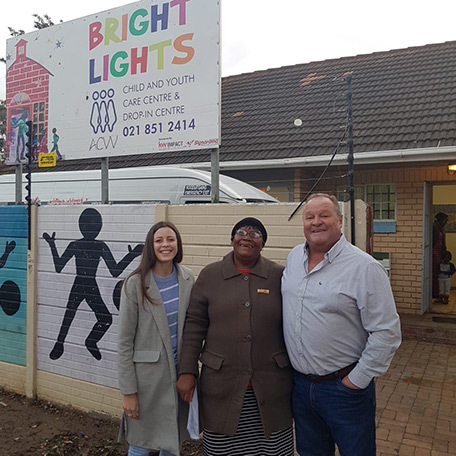 Rialto presented Nyaniso Mkontwana with an opportunity to create a new business (Nyaniso Mkontwana Express) and purchase a truck to start his own logistics business. Nyaniso Express became fully operational in July and currently employs one additional truck assistant. Rialto provided the initial funding as well as continuous coaching, mentorship and support.

Job creation and small business support is another area of focus for Chet Chemicals. It has a long-standing relationship with a small enterprise that provides cleaning services for all of Chet Chemicals’ sites. The enterprise is 100% black-owned and offers stable employment for 20 people from the surrounding community. Another initiative was assisting a lady who had a tent and portable gas stove located just outside of the Chet Chemicals main building. She supplies lunch to the company’s employees. Last year, the managers of Chet Chemicals helped her register her food business officially and provided her with a mobile kitchen.

“Education is the key to the future; we decided to invest in the future of Montagu, and in fact the future of South Africa,” says Richelieu van Schalkwyk, Business Manager at Montagu Foods. Montagu Foods currently supports three previously disadvantaged students studying at University of the Western Cape: one teacher, one nurse, one psychologist. It also has 12 learnerships and sponsors a teacher in one of the farm schools in Montagu. In addition, Montagu Foods hosts a drug and alcohol awareness programme at seven local high schools every year, supports various underprivileged facilities with necessities, has re-built bathrooms at a farm school, painted four farm schools and revamped farm creches. In 2018, called Saucy Montagu. This shop is owned by its long-service employees to enhance their quality of life. Denny Mushrooms also found a worthy cause on its doorstep. The company helped to renovate an old, dilapidated farmstall located near Denny’s Deodar farm from where a local entrepreneur sells mushrooms (stock donated by Denny) to labourers passing by.

Caring for the environment

Reducing the environmental impact for the well-being of the planet. 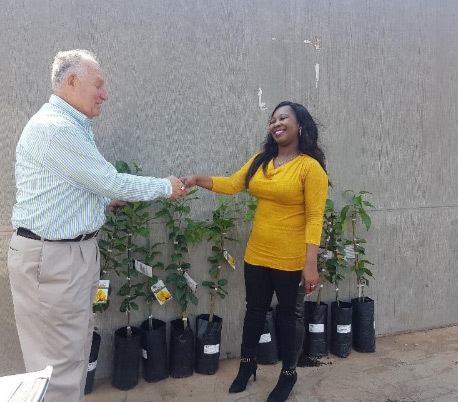 In 2018, Multi-Cup Solutions donated 10 imported lemon trees to Thornybush. This was during a time when lemon tree seeds were extremely scarce in South Africa. As the company pursues its new “Go Green” product strategy, this donation falls in line with Multi-Cup’s objective of creating a “greener” profile.